In this post we intend to explore vSphere with Tanzu and why the product is interesting for customers to choose, compared to running Kubernetes in a manual setup maintaining it by your self or choosing another solution to orchestrate the orchestrator Kubernetes, for the delivery of a platform that can serve infrastructure for containerized applications.

What is vSphere with Tanzu? I get the information from VMware explaining it best.

vSphere with Tanzu is a developer-ready infrastructure, that delivers:

vSphere Supervisor and Tanzu Kubernetes Grid Use Cases: What to choose when setting up applications/containers in vSphere Supervisor layer or in Tanzu Kubernetes Grid layer is depending on what kind of functionality you as a Developer or IT Operations would like. Below are example Use Cases when to choose which: Supervisor Cluster: Strong Security and Resource Isolation Performance Advantages Serverless Experience Tanzu Kubernetes Cluster: Cluster Level Tenancy Model Fully Conformant to Upstream k8s Configurable k8s Control Plane Flexible Lifecycle, including upgrades Install and customize favorite tools easily

So lets say I am a Developer that would like to utilize the Supervisor Cluster as a Production and the Tanzu Kubernetes Grid as a Development area for my application:

Let’s go into vSphere first and check out the UI: 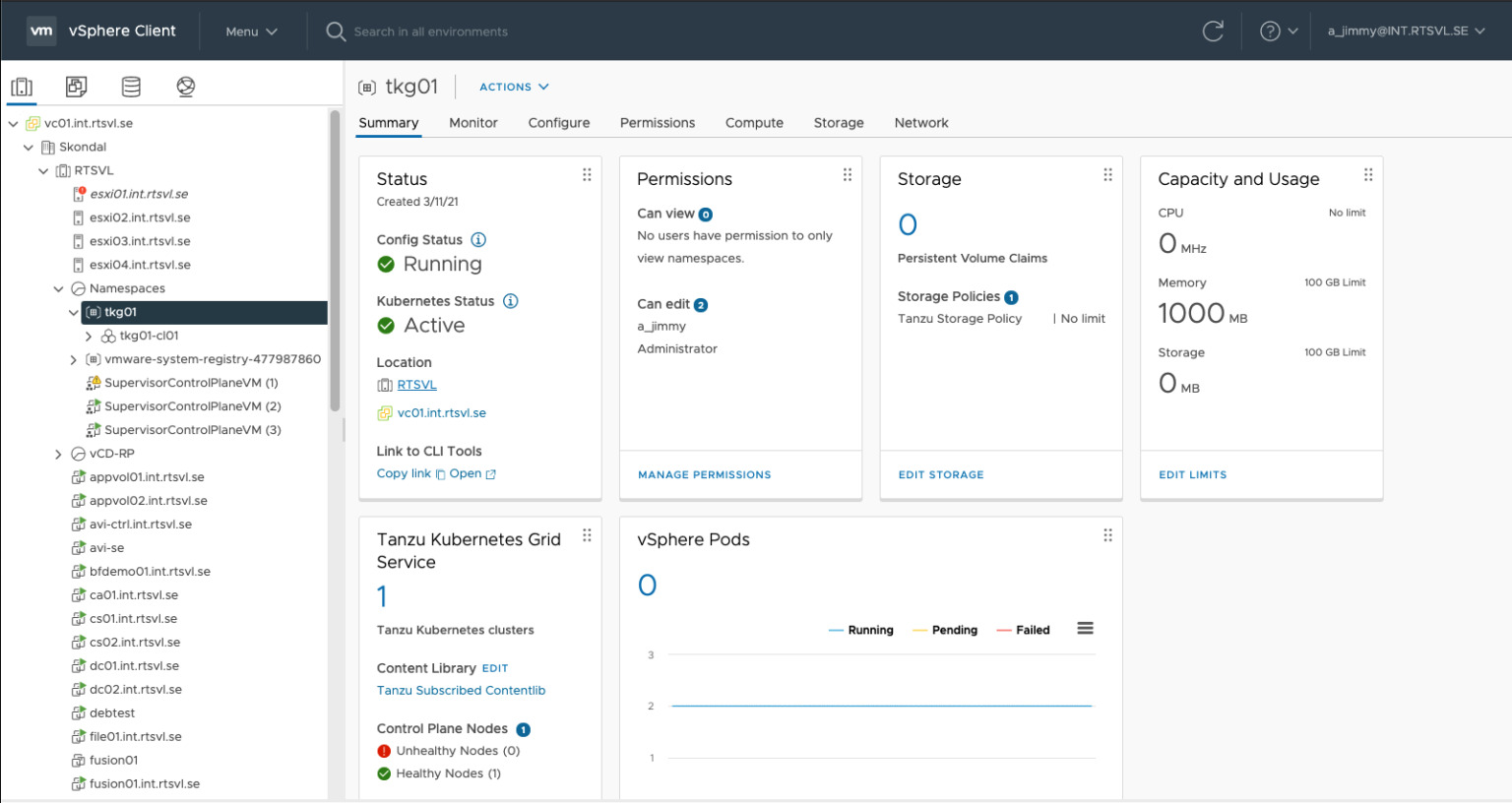 I’m logged in as the Developer now and I can see my namespace called tkg01 created by the IT Operations team. I have also created a Tanzu Kubernetes Grid Cluster for my development testing and to be able to myself lifecycle manage the cluster.

What IP/DNS me as a developer should run my kubectl commands against is received by checking out the Link to CLI Tools in the picture:

Starting my Ubuntu with kubectl installed: I login against the vSphere Supervisor cluster:

To see which Kubernetes versions IT Operations has made available you run the command: kubectl get tanzukubernetesreleases

I have created a yaml file containing the specifications for setting up a TKG cluster: In the file I specify a kind of type TanzuKubernetesCluster the file also contains the name, namespace, version of Kubernetes and number of controlPlane and worker nodes I want.

We see in vSphere the cluster has been created

Now let’s create a deployment and expose it to the world: I have a simple nginx web application:

and a service of type LoadBalancer:

I first login to my newly created TKG cluster tkg01-cl02 to deploy my test application in my development area:

We see that we are logged in and that the controlplance node and worker nodes are Ready and on version 1.20.2 as I stated before in my TKG cluster yaml file.

Before we can deploy the application we need to set the permission for our authenticated user: The following kubectl command creates a ClusterRoleBinding that grants access to authenticated users run a privileged set of workloads using the default PSP vmware-system-privileged.

Now let’s create the deployment and service: Since I have NSX-T integrated with vSphere 7 and enabled during the Workload enablement of Tanzu. NSX-T will create a Loadbalancer and expose it to the world on IP network 10.30.150.0/24.

Let’s use a browser and look what we got:

Nice! We have our Web up and running in our Development TKG Tanzu Cluster 02. Now let’s say we are satisfied with our development and would like to create the deployment in production. This is supposed to be placed on the SuperVisor Cluster in vSphere. Logging into this is performed with the following command:

Let’s get the nodes: We see the ESXi hosts as the workers and we have 3 Supervisor Control VMs.

Let’s deploy the application in production:

Awesome we have our Frontend Web up and running in production on the Supervisor Cluster. Looking in vSphere we also see the vSphere PODs created for the deployment.

Would you like to know more how Tanzu and vSphere help you improve the way you consume and deploy applications? Contact us at Real Time Services and we will help you get started with Tanzu and vSphere. We will continue posting new technical and product information about Tanzu and other VMware products. 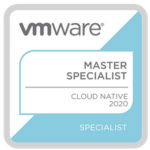 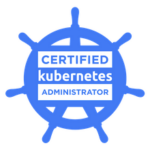